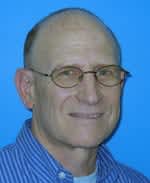 By Steve Kramer Steve Kramer KFAR SABA, Israel — The United States, France, Germany, the UK, the EU, Russia, and China are about to resume “negotiating” the JCPOA, better known as the “Iran Deal,” concerning Iran’s nuclear weapons capability. Who’s missing from these meetings? Those countries most at risk from Iran’s warmongering: Israel, Saudi Arabia, and the Gulf states. Not only is Israel not invited or even consulted, but the Biden Administration has given a clear warning to Israel to desist from taking any further actions against Iran which might exacerbate tensions, such as cyber warfare…

Riyadh, The Ministry of Health (MoH) announced the registration of...

2021 Formula One Championship is Set for an All-Time Conclusion