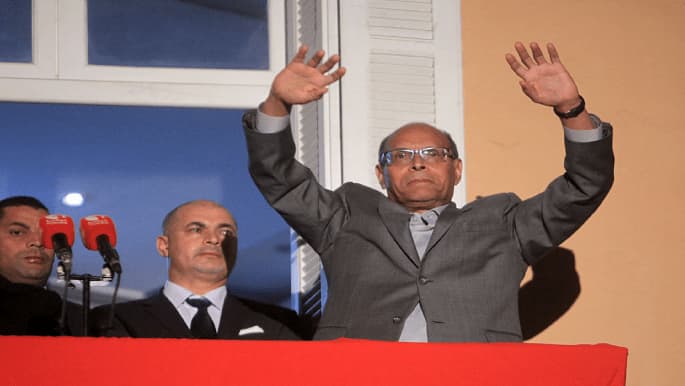 Former Tunisian president Moncef Marzouki on Saturday called for civil disobedience in his country to protest current head of state Kais Saied. Marzouki, who lives in the French capital and was given a four-year prison sentence in absentia last month, urged Tunisians to “bring down” President Saied before 25 July, which marks a year since the latter sacked the prime minister, dissolved parliament and seized an array of powers. Saied has rejected widespread accusations – from Marzouki and the Islamist-inspired Ennahda party who were the largest party in parliament – that his actions constituted…