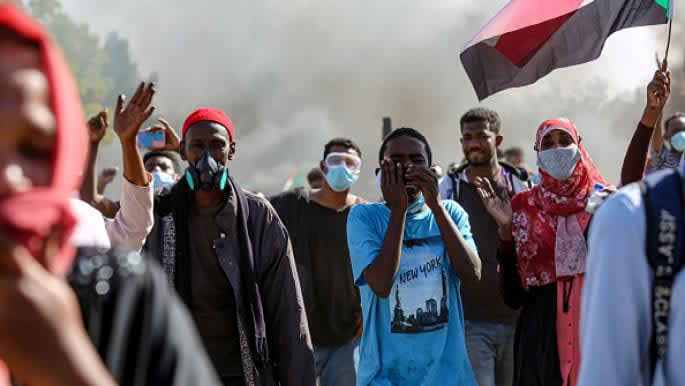 Four AlAraby TV journalists have been released following their arrest by Sudanese security forces on Thursday night. Reporter Wael Mohammed Alhassan, office supervisor Islam Saleh, camera operator Mazen Oono and his assistant Abu Baker Ali were all arrested during a raid on The New Arab’s sister channel’s office in Khartoum earlier that day. Alhassan said that journalists were covering the demonstrators from the rooftop of AlAraby TV’s building when they suddenly had tear gas canisters raining down on them. “When we went down the building, we were then met by security forces”, Alhassan said. T…